Accessing the URL provided on the platform returned a rather basic webpage:

You might think that solving this challenge involves playing around with the upload functionality, but it doesn’t. The source code of the index page revealed a ‘secret’ page: 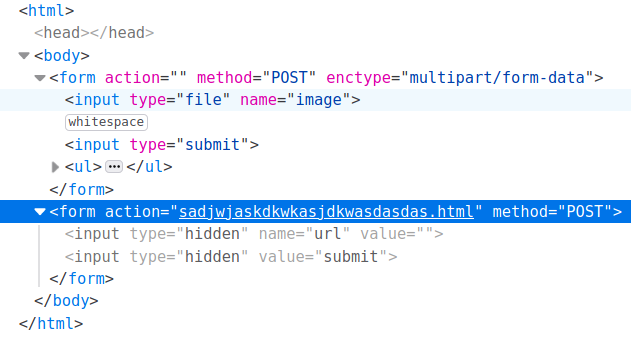 The challenge mentioned tar multiple times and the new page mentioned something about shell commands “that won’t succeed”, so (after multiple attempts) I guessed that the PHP script that processes the data gives the inputed string as an argument to tar by using PHP’s escapeshellcmd function. escapeshellcmd is known to be (kind of) vulnerable - it makes sure no other commands get executed, but it allows the input to consist of multiple switches. Also, tar’s GTFOBins page suggests the program has some switches that would allow an attacker to execute arbitrary commands:

As I’ve already said, escapeshellcmd won’t prevent the input string from providing multiple switches. The following payload helped me find the folder in which the flag could be found:

The directory with a very long name contained a file named ‘flag’ that contained the flag.

As the description said, this was a basic buffer overflow. I’ve explained buffer overflow vulnerabilities before, so I’ll quickly go through the solution without an emphasis on details. The first step was to identify the input that could cause a buffer overflow. This was pretty simple, as the binary only accepted one input:

The next step is to find the offset of the part of the input that overrides the buffer:

The program crashed because a return statement tried to redirect execution to a non-existent address (0x626161616161616f). pwnlib as another helpful function that can help determine the offset of a substring in a string generated by cyclic: cyclic_find

Another useful thing to note is that the binary contains a function called win that should print out the flag:

The info collected above is enough to create an exploit:

Even though this exploit worked on my computer, it didn’t succeed on the target. The reason was simple: a stack alignment issue. Some functions require the stack to be aligned - thankfully it is really easy to align it. In this case, all I needed was to call a ret before calling the win function. The address of one such ret instruction can be found in the gdb output above - 0x4007f6:

Reversing does not rhyme with yakuhito, and for a good reason! I’m not very good at reversing challenges, but thankfully this one was pretty easy. I opened the given binary in IDA and found the function used to encrypt the string: 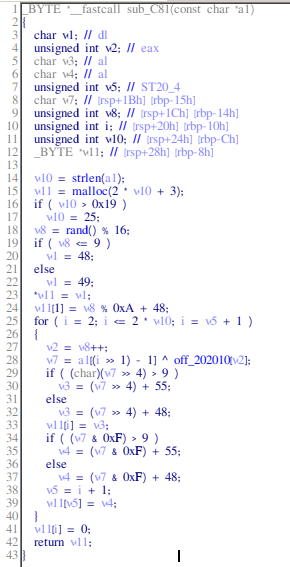 It might look scary, but I assure you it isn’t! v11 holds the encrypted string - you can deduce that from L42. To end your suffering quicker, I’ll tell you directly what the function does: it first chooses a random number from 0 to 15 that gets encoded as the first 2 characters of the resulting string. After that, it iterates over each letter of the plaintext, XORs it using the value chosen before and a vector of seemingly random characters and turns that to hex.

There are 3 distinct solutions that I can think off. I’m going to walk through each of them. The first it to reverse the XOR operation itself. To do that, you need the XOR key - it can wither be found in IDA bu clicking on off_202010 or by running strings on the binary. Next, you can use python to XOR the given string and recover the original message:

The second method involves recognizing the ‘algorithm’ used to encrypt the password and use an online decoder. The ciphertext is actually a CISCO Router Password Hash and can be decrypted on this site.

The last method is more like a black-box approach. If you give different arguments to the function, you can see that each 2 characters from the input add two characters to the output. Knowing that, you could make a script that bruteforces the flag character by character. The output also depends on the output of that rand() % 16, but you could easily bypass that by just calling the function multiple times for every character and collecting all outputs.

I’m honestly not sure what to write about this challenge. I was given a file that seemed to contain a dump of commands someone ran on a computer. The only task was to find the password in all that output (pro tip: look at lines 216/221/222) and decode it from base64. 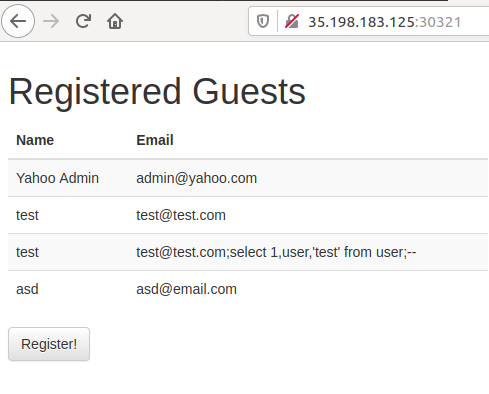 However, navigating to the url given in the description returns an SQLAlchemy error:

SQLAlchemy is a python library used for interacting with SQL databases. Since the SQL injection seems so basic, I just used sqlmap to exploit it. The first command shoudl identify the injection point:

Once the injection point has been identified, I simply enumerated the databases:

The first part of the flag could be found in ‘public’ database’s list of tables:

Volatility - what a wonderful tool! I was given a pretty large file named admin.bin, so I made the assumption that it was a memory dump. The first step was to determine the profile (the OS the image was taken from):

After determining the profile to be Win7SP1x64, I ran cmdscan, but there was no output. The next logical step was to search for files:

There were multiple PNG files, so I dumped one of them and got an emage with the flag. 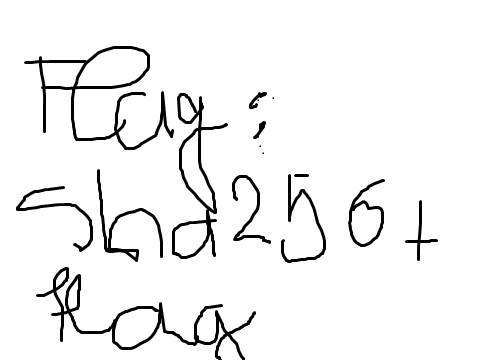 The flag was ctf{sha256('flag')} - I wouldn’t be surprised if someone just guessed it.

This challenge was harder than the others, but not in the usual sense. I was given an IP address that hosted an FTP server. Thankfully, I could log in using the anonymous user:

Most commands didn’t work because the data connection was rejected. What that really meant is that the FTP server tried to connect back to one of your ports. If you had a firewall or were behind a router, well, that’s the end for you. To bypass this, I used a VPS on DigitalOcean and got the only available file, .info, which read your user is user.

Since the description of the FTP server (‘it might rock your world’) made a reference to rockyou.txt, I thought about bruteforcing user’s password. After confirming that I can use bruteforce with an admin (always do that in a CTF), I wrote the following script to bruteforce user’s password:

The script above finds user’s password - sunshine. Using those details, I logged in to my VPS again, connected to the FTP server as user and got the flag.

This was a simple XSS challenge. After creating an account and signing in, I created a new post and put the following payload inside the ‘body’ field:

I was given a file with LOTS of lines that, judging by the ‘ETHER’(net) word that appeared a lot, seemed to be raw packets:

I used this post to write a python script that parsed the file and turned it into a pcap:

After opening the resulting pcap file in wireshark, I saw a lot of UDP packets. However, the traffic log also contained an HTTP POST request to xor.pw. Following the HTTP stream revealed the flag: 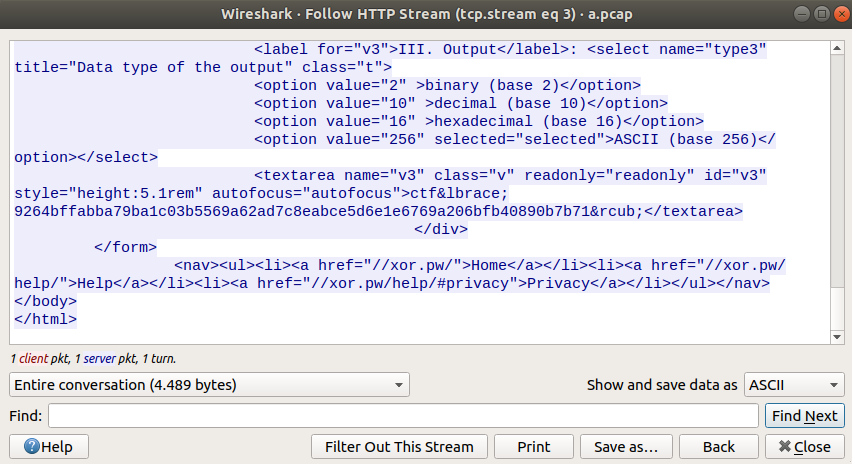 The given file was a 30-minute-long wav. I used this site to decode the message: (yes, I muted the tab and waited 30 minutes because I couldn’t find another tool that would work):

After a bit of thinking, I conclued that the 1st string should be the ciphertext, the 2nd is an alphabet and the 3rd contains the key required to decrypt the cybertext. The cybertext contained only 6 letters, so I quickly discovered that the encryption algorithm was most likely the ADFGVX cipher. I used this tool to decrypt the final message:

For some reason cryptii only decrypted the cyphertext if it was lowercase. The flag is ctf{sha256('defendthewestgateofthefortresswithallcosts')}

The site given as a target contained a simple webpage:

Clicking on the ‘Dashboard’ link returned a page that read ‘Try Harder!’. Upon further inspection, I discovered two cookies that were set:

The auth_cookie cookie looked like a hex-encoded string, but when I tried to decode it I got a string that didn’t make any sense. After thinking about the challenge for a bit, I tried XOR-ing the strange value I got with the key cookie and I found something interesting:

In case you don’t recognize the output, it’s an object encoded with pickle:

I could have theoretically changed the value of ‘permission’ from ‘user’ to ‘admin’, but that’s just not how my mind works. Since pickle is vulnerable to RCE, I wanted to get command execution. The final exploit can be found below.

The output of the command executed remotely:

The flag can be found (surprisingly) in the file named flag.

After signing up, there was little things that I could do, so I started analyzing the source code of the current page. The first thing that I noticed was that the app was created in Vue.js, which meant two things:

By looking into /js/app.d875ddd5.js.map, I found out that admins have a role named ROLE_ADMIN. Also, the localStorage object contained an item named user:

I dicovered the admin panel by adding ROLE_ADMIN to the “roles” attribute. The app simply made a request to /api/app/admin. As the only supplied data was the JWT token, I knew I neede to forge a new one in order to solve the challenge.

I tried multiple attacks, but only one suceeded: bruteforcing the key. You can do that by using jwt2john and then using john on the resulting file. In this case, the key was ‘letmein’. The final exploit forges a JWT token and makes a request to the admin endpoint:

Running the script above gave me the flag:

Closing Thoughts (totally not copied from my writeup for UNbreakable #1)

I honestly have no idea what you’re doing here. Really. The writeup ended few lines before. However, since you’re already here, I can’t end this post without publishing a part of the scoreboard and congratulating everyone that participated in the contest. 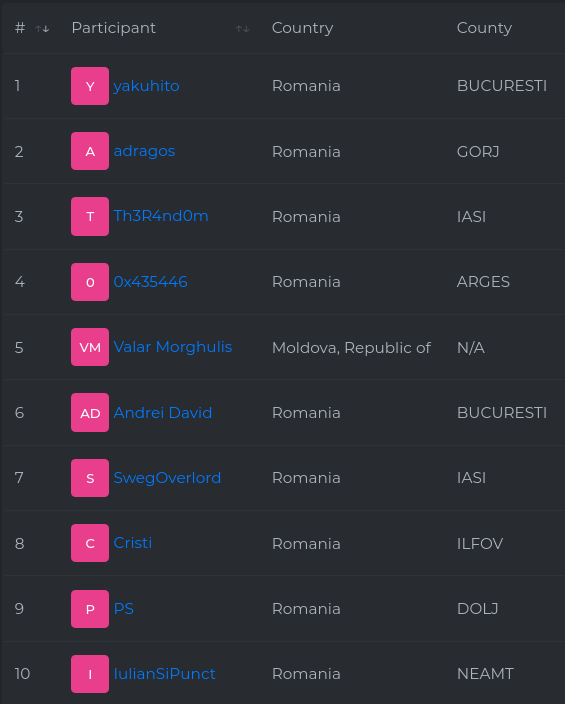