I couldn’t open the given .evtx file in Windows Event Manager, but this challenge can be solved by simply using a text editor with search functionality.

After downloading the .evtx file, we can easily determine that it is an archive by using the file command. The extracted file contains a very long base64-encoded string which can be decoded using base64 -d:

The first flag is an email address - alice@gmail.com is found pretty much everywhere in the file, so that could be the flag (it is). The second prompt requires a working station name - DESKTOP-40HVEGI is the obvious answer (if you don’t think it’s obvious, please open the file). The third question asks for a SID - searching for ‘S-‘ quickly reveals the flag.

The last two prompts ask for an event id. After searching google for ‘0x8020000000000000’ (weird hex number that appears eerywher in the text file), I came upon this page. Typing ‘enum’ in the searchbox on the top-left reveals two event ids, 4799 and 4798, both referring to some kind of user enumeration. The latter id can be found in the log and is the 4th flag. I then seached for ‘credential manager’, but neither 5376 nor 5377 could be found in the file. However, searching for any id that starts with 537 leads to the discovery of 5379, which can be found in the log.

We can crack the password of the given zip archive using john:

The password, hidden, can be found in rockyou.txt. The resulting .forensicstore file is an SQLite database that can be opened by sqlite3:

Generating a database dump would result in a very large document. An easier approach is to just dump the strings of the file - the string values in the database will be visible in the resulting file.

The second prompt says something about a deleted powershell script - we can find it using a simple regex expression:

The last question is a bit more generic - you can find the answer in things by searching for ‘.sqlite’ or just write down the answer from your experience.

Accessing the provided URL returns the source code of index.php:

Here’s the trick that can help us solve the challenge:

The pathinfo function does not transform the returned string to lowercase. This means that the extenson of a file called ‘yaku.PhP’ will not be equal to “php”, thus allowing us to upload a php script - notice that the $imageFileType variable has been set correctly a few lines before, but its value got overwritten:

The given clearly contains the flag as a watermark, but it can’t be read. To see it better, we could search the original image online and see the differences between the original and the given picture. TinEye finds this image (note that this image has the same width and height as the given one). We can compare the two images using this site: 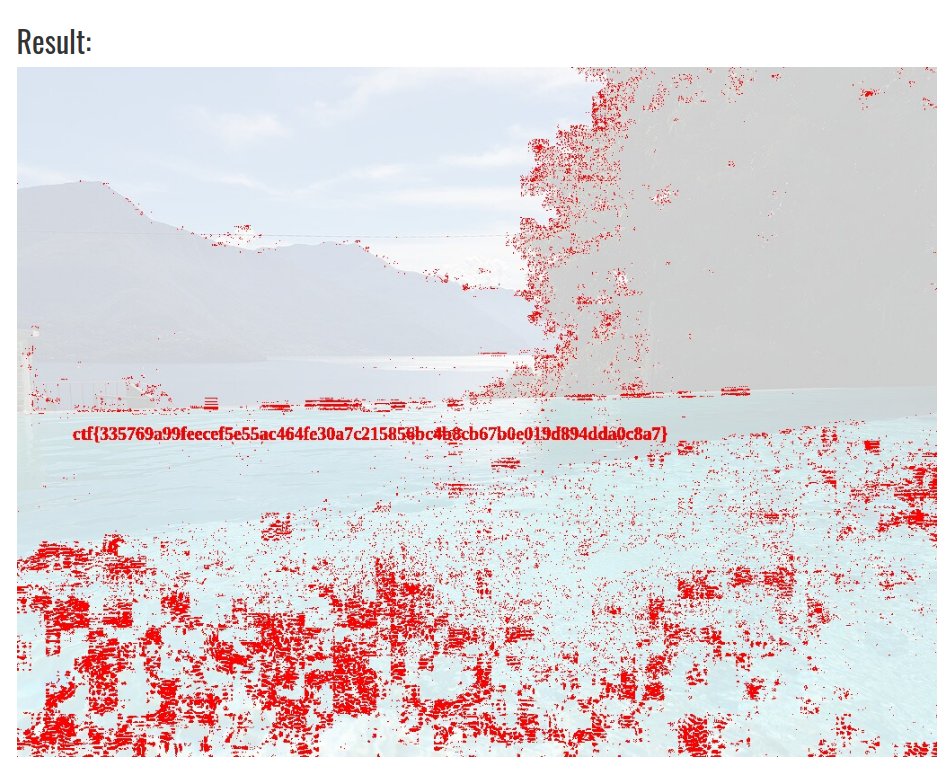 Flag: Find it in the image above :P

After testing a few payloads, I noticed that the script that filtered the input removed “script” only once. That means we can trigger an XSS by using the following payload:

You can then send some testnet BTC by using this faucet.

The first thing to notice is that your profile photo is stored as “[username].png”. If your username contains “.php”, the webserver will execute it as PHP code due to a misconfiguration. Solve script:

The main page contains a comment about ‘/note.txt’, which contains a reference to git. The webserver root contains a ‘.git’ folder which can be used to recover the website’s source code. A quick source code review reveals that we can sign in as ‘mihai’ by using ‘mail-sign-in.php’:

After pressing ‘Reveal secret’, the site says “Ya’ cookie tells me you’re not an admin.”. The ‘secret’ cookie is a JWT token with ‘admin’ set to set to false. There are two ways of forging a new token: either crack the key with a tool like jwtcrack (the key was ‘secret’) or set the algorithm to “none” and provide no signature:

The given .exe is a .NET app - you can use dnSpy to see its source code. The os is “Windows_NT”. For reference, here’s the (real) original source code:

The given URL hosts something very similar to a p0wnie PHP shell. The ‘note.txt’ file contains some hints:

The hashes can be found in a hidden folder in ‘/opt’:

We can crack user2’s password using these hashes, the /etc/passwd file, and rockyou.txt (only testing the passwords that contain ‘cherry’):

GTFOBins contains a pretty long entry for vim - we can use the tricks described there to get a shell as user3.

Last flag! Let’s continue our enumeration by enumerating the SUID binaries present on the system:

The /usr/bin/fixpermissions binary stands out. We can use ‘strings’ to get a better idea of what the program does:

The program seems to run ‘chmod 600 /tmp/flag’. Since it calls ‘chmod’ instead of ‘/bin/chmod’, we can create our own chmod, change the PATH variable and get a shell:

Let’s go back to the list of SUIDs. We missed a binary:

GTFOBins can help us once again:

The program is vulnerable to a format string attack. To get the flag, we’ll need to set the variable located at address 0x804a030 to 0x20 (take a look at the main function using IDA). The first step is to find of the input on the stack - you can do that by sending prefix + p32(addr) + b"%OFFSET$x" to the application until the output contains the address you want to write to. After that, add b"%OFFSET$n" to write a value to that address. If the number written is not what you desire, just modify b"%OFFSET$x" to b"%OFFSET$NUMBERx", calculating NUMBER so that the value written will be 0x20 (32). Here’s my solve script:

This challenge was pretty straightforward. Here’s how I solved it:

If you’re wondering why the exploitation is so easy, you can take a look at the challenge’s source code:

We can convert the data to a file using 3 lines of python:

However, the file format remains unknown. Since this is a rev challenge, we could come up with the idea of running the input as shellcode - and that’s what we’ll do! Here’s the C sourceode of a program that will run the shellcode (special thanks to the original author’s writeup!):

After compiling and running the binary with gdb attached, we can see a weird string in the program’s memory:

The given file contained a lot of logs:

Seems like we can just use grep to find the flag:

The first we should do is transform those hex numbers to ASCII. There’s only one non-readable character, 0xb7, which I replaced with ‘X’:

The output string is 81 characters long and contains only characters we could find in a flag (plus some Xs). This means that the flag might be scrambled - let me arrage it in a 9x9 matrix:

See the flag yet? If we read the matrix as a spiral, we can get the 1st flag (down, right, up, left, repeat). Spiral Cipher from dcode.fr can help us get the 1st flag without writing a script.

The second flag can be obtained by decrypting the given string with AES-GCM. We can split the sha256 of the first flag in two equal-length parts: the first one is the key and the second one is the iv. Here’s the CyberChef recipe.